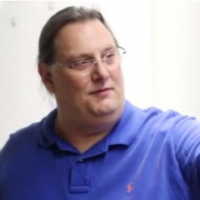 What's the "officially supported" version of Visual Studio for the FlexLib source code?

Put another way... What version of VS are you guys using for FlexLib/SSDR development?

I realize "it should work whatever" and no... I'm not seeing any specific issues.

I'm in the process of configuring a new dev system for home... and I'd like to know which version of VS I should put on my system (in addition to VS 2015) to ensure happy co-existence with FlexLib-related development.