Rob K1SR Member
August 2016 edited August 2016 in SmartSDR for iOS
Let me start off saying I think the app is really great. I just bought the Shure MV88 mic for IPAD or IPhone equipped with the lightning connector. This mic is a condenser which comes with an app for great control. I bought the mic because it said it works with all apps that use audio input. I found out it does work with all apps but with the exception of SmartSDR for IOS. Under settings, Privacy., Microphone there were two items listed. The MV88 is listed and SmartSDR. I thought if disabled the SmartSDR mic it would default to the Shure MV88. What happens is SmartSDR will not start. This is really a very very nice mic. Does anyone know if there is anyway to make the lightning connector the default instead of the internal mic? BTW, I bought the IRig which plugs into the headphone jack and indeed does work with dynamic or condenser mics. It would be so much cleaner If I could get the MV88 to work with SmartSDR. Thanks for reading. K1SR. 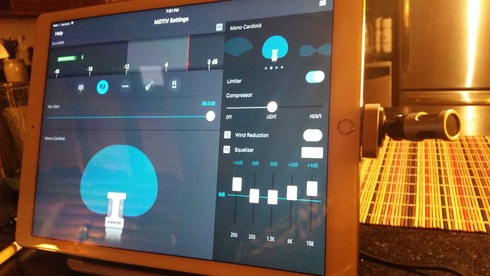