With Marcus' permission I will demoing Marcus, (DL8MRE),  New ALPHA version IPad/iPhone App at Dayton Flex Dinner and possibly at the Flex booth.

Since this is an ALPHA stage product, IT WILL NOT BE AN OFFICIAL DEMO but I will have my iPad with me during Cocktail Hour and at my Table if you want to see it...  and I do not want to take away from the Announcements and other Demos at the Flex Dinner...

Here are some highlights of the differences:

1. Spots on the display work

2. Snap to frequency selection.  Much easier to tune than K6TU

6.  Region Band map on the display ( but USA does not obey the rules)

7.  Works for BOTH iPad and iPhone

The jury is out as to the touch screen emulation as K6TU is more Ipad centric.  So if you are comfortable with the iOS paradigm, K6TU feels more natural than a SSDR emulation.

Each will have people who prefer one operating paradigm  over the other.

NO HE IS NOT DOING AN ANDROID VERSION...He apparently found that Android is just too difficult to support because there are so many difference in Android versions between devices and manufacturers...

Screen Shot with Menu's and Spots 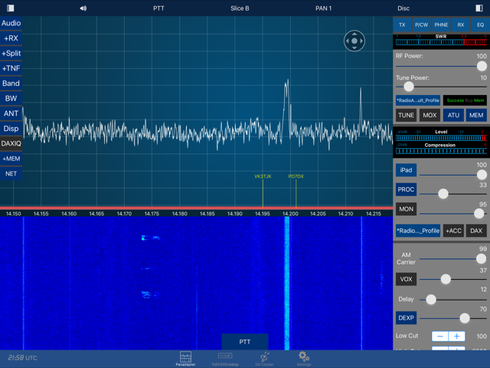 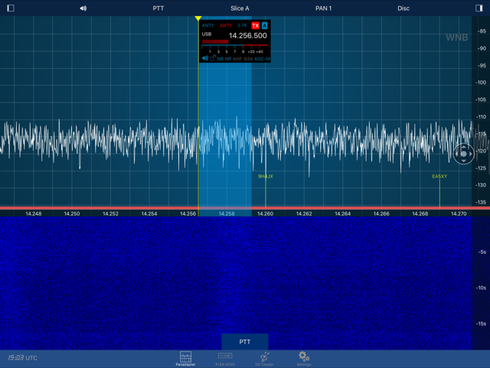