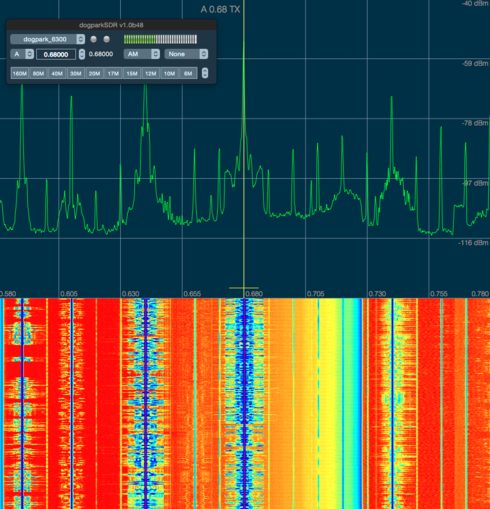 For those who have not seen it, DogPark Software, the authors of MacLogger DX, MacLogger DX HD (iPad logger) and MacDoppler have released...  wait for it!

You can see a copy of the press release at:

which includes a link to the site where you can download a beta (demo) version of dogparkSDR as well as find a pointer to the discussion group on Yahoo Groups.

This client is in its early stages of development but its great to see a native application on Mac OS/X to drive the radio.

Don Agro, the Proprietor of DogPark Software writes amazing code as any of you have used MacLogger DX will know.  MacLoggerDX also has native support included to interface to the Flex-6000 series radios directly via the Ethernet API.