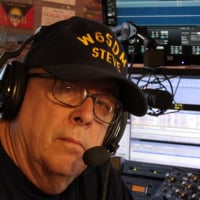 Steve W6SDM Member ✭✭
July 2015 edited December 2019 in SmartSDR for Windows
I have a Flex 6300 running Windows 7, an LP-100 watt meter, KPA500/KAT500 Elecraft tuner amp combo.  I am reading no power output on the Flex RF Power meter and also on the LPA100A.  The amp does not key.  I see a spike on the panadapter that is about half of what I see on normal tuning.  The rig does key, I get a red transmit light on the transceiver.