This is an update for an old topic

There is a voice keyer methodology – it was documented in the manual but nobody realized it was there.

Not going to work efficiently in the heat of a contest where every microsecond seems to count and the chance of operator error increases with every mouse or hand movement.

Writelog – which I have used forever- and most other Contesting Programs such as N1MM+  have efficient keyboard-initiated voice keyers.

But the issue was how to interface them into SmartSDR

2.       When you need the MIC audio to 'overwrite' the DAX stream you key the radio from a hardware PTT ( MIC PTT on the front connector, the ACC port or the RCA PTT via (say a footswitch) in the back of the radio ).

3.       The PTT Action will cause your currently selected microphone input to be routed for TX instead of the DAX stream.

I have done detailed write ups for Both Writelog and N1MM+

Here are some screen shots of the setup for Writelog which allows you to record 20 different audio messages.  I used an inexpensive Logitech USB headset to record the messages   - Not true ESSB audio but Heck .. it’s a contest.. Nobody has ESSB audio in a contest

The mechanism I show will likely work for virtually every other contesting program that includes an internal voice keyer.

1.       Set up Writelog to respond to the Windows Sound Board 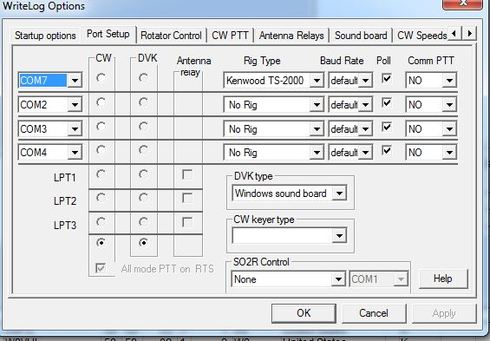 2.     Select the messages you are going to store 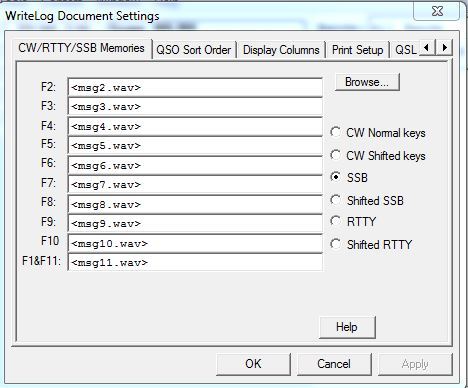 The Writelog Help Files will show you how to record message..   Recordings are made by the Windows default headset NOT your Flex connected Microphone 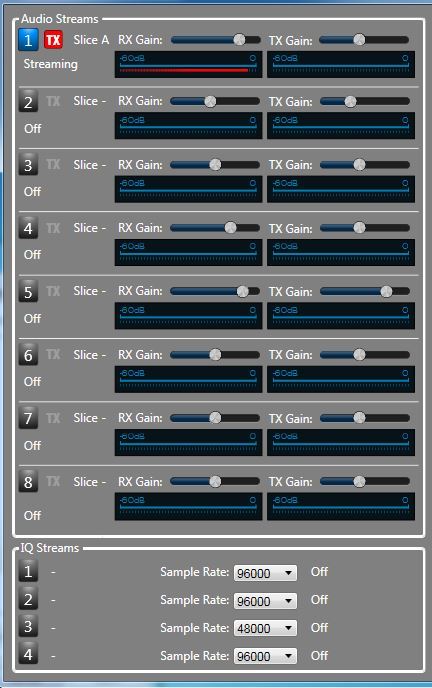 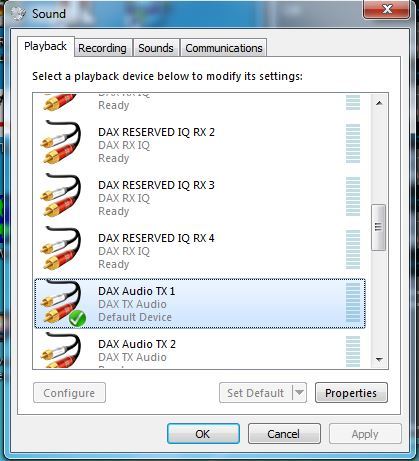 5.Enable BOTH DAX AND VOX in the Control Panel 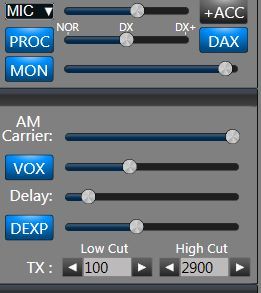 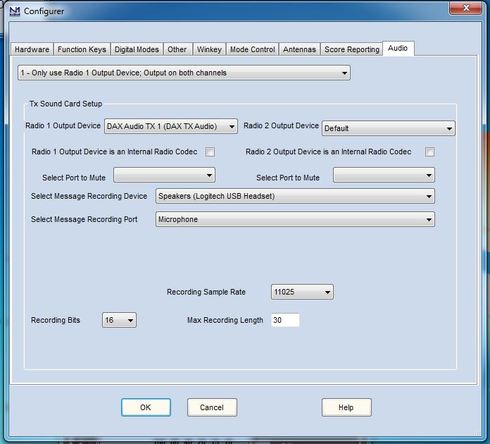 A suggested addition to the N1MM+ write up by Stu K6TU

If you set the CAT to Flex5000RX2, N1MM+ will run the radio in SO2V mode with a log entry window (including correct TX selection by “VFO” mapped to slices) for each “VFO”.

In the audio setup portion of the config dialog, you need to select two different TX DAX devices - one for each “VFO” AND then select the option “2 - Two radio, Output left channel on left radio, right channel on right radio” in the master drop down list at the top.

This will correctly send DAX driven voice keying on either slice A or slice B - be sure to make sure that the TX button is enabled for EACH channel in the DAX control panel.

Note: The previous audio input source that you had selected in the dropdown box for audio will be used in situations where you initiate PTT with the front MIC or RCA jack on the back of the radio and you are in SSB, AM, FM, SAM.

The issue for contesting with the audio is that:

1.       We need also to have a way to easily record the Equalized and Processed Audio

a.       The Voice Keyer Audio must be Equalized and Processed so that it can be heard through the din of the Contest

b.      The Voice Keyer Audio must sound exactly the same as Spoken Responses from the 6000 so as not to confuse the listener on the other end of the Q so that the contester does not lose contacts.

2.       The ideal thing would be to be able to have a mechanism to save the Equalized Processed Voice Recorder Signals as .WAV files directly from the Radio

Overall the Voice Keyer turned out to be incredibly simple…

Special Thanks to Ed Gonzalez of Flex Radio for leading me in the right direction.

A PDF of this may be found in my Dropbox at: