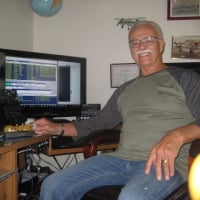 I am new to sdr radio and have a flex6500. Very impressed with the way it works.