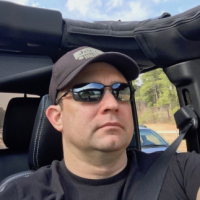 rfoust Member ✭✭
July 2014 edited December 2016 in SmartSDR API
This isn't a big problem, but on occasion I've seen SmartSDR start to load, but it never loads the panadapters or data on the right side panels. Usually if I just power cycle the radio, everything works fine again. Since I've seen it more than once), I thought I'd grab a screenshot and pass it along in case the clues help identify any potential bugs. There is also some network trace data in the screenshot. After leaving it run like this for about (exactly?) 10 minutes, SSDR closed itself and it looked like DAX established a new connection to the radio (I could tell by the network trace), but I didn't restart dax or touch it in any way to cause it to do that. http://content.screencast.com/users/rfoust/folders/Jing/media/68137cef-a532-4da8-81c9-613c127e139b/2014-07-26_2058.png Let me know if I can provide any more data that would help. Once in a while I'll connect my Cisco VPN client to my work network (using both full and split tunnel, it depends) so I'm wondering if chopping off local network access with the full tunnel is causing something to go nuts once in a while. I'll keep an eye out for any pattern that I can identify around that. I was not connected to the vpn when I loaded SmartSDR though. Thanks! -Robbie Edit: SmartSDR closed because it realized it lost contact to the radio. The popup window that said that was hiding behind some other windows so I didn't see it at first. I waited a while and restarted SmartSDR without rebooting the radio and it started working fine again, so whatever was wrong seemed to fix itself.
0