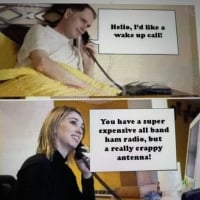 Hi all, moving out some older equipment. Only reason is that its just sitting around as I’m using the 6600 stuff now.

Flex-5000A with 2nd RX – my original 5000A radio. Primarily used on 6M with an additional preamp on the back RX loop, worked great! Radio was just re-tested here, comes with PCI Express firewire card, power cable, and granite digital firewire cable. The hand mic is not included.

Note that this radio exhibited a failure in the power switch, it simply just quit working for some reason. To run the radio, all I did was pull the DC and reconnected it as needed.  Got tired of doing that and sent it back into flex to fix. $120+ later it was fixed, and that lasted a year or so. I resorted back to connecting and disconnecting the DC power by the cable, been doing that since about 2016. 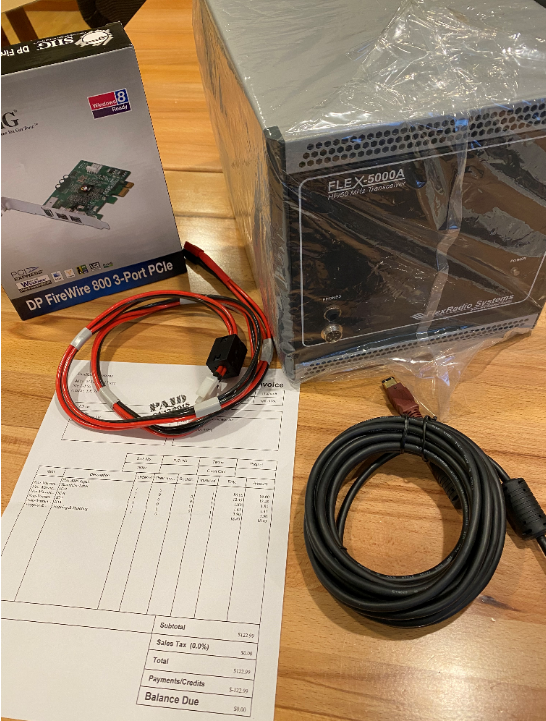 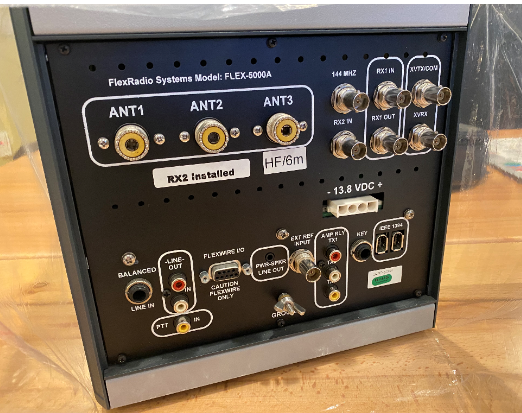 Flex-5000A with VU Unit for 144 and 432 MHz - 2nd RX, ATU - purchased used some years ago, was my primary radio for a long time on 2M and 432. Radio was just re-tested here, comes with PCI Express firewire card, power cable, and granite digital firewire cable. The hand mic is not included. 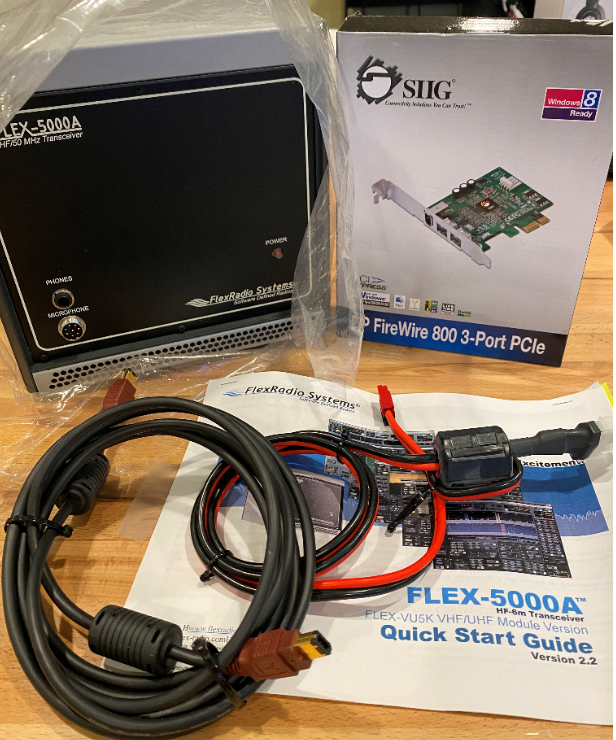 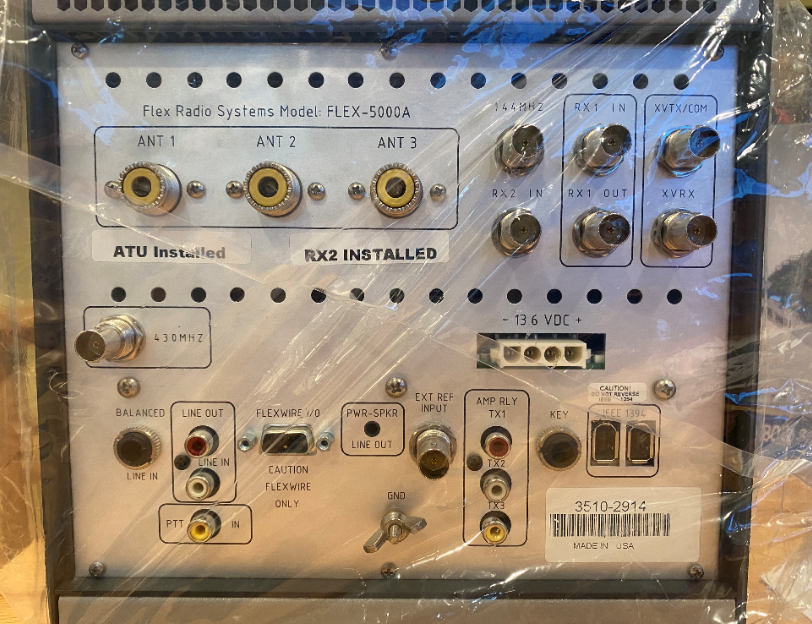 Flex-5000A antenna tuner. Was taken out of my original 5000A radio as I was using the radio on 6M only and did not need it. When I retired the radio, I put it back in. While recently re-testing the radio, It seemed like I could not get the tuner to work. It powers up properly as the interior board mounted LED changes color as indicated per the documentation, but it just does not seem to do anything after that. So, I took the tuner out of the 5000A (Item #1 above) and selling this tuner separately.

I noticed after I took it out of the radio, it appeared that this was an early version of the tuner, as there are no connectors on the board for the connecting cables, they are soldered to the board via the cable only. 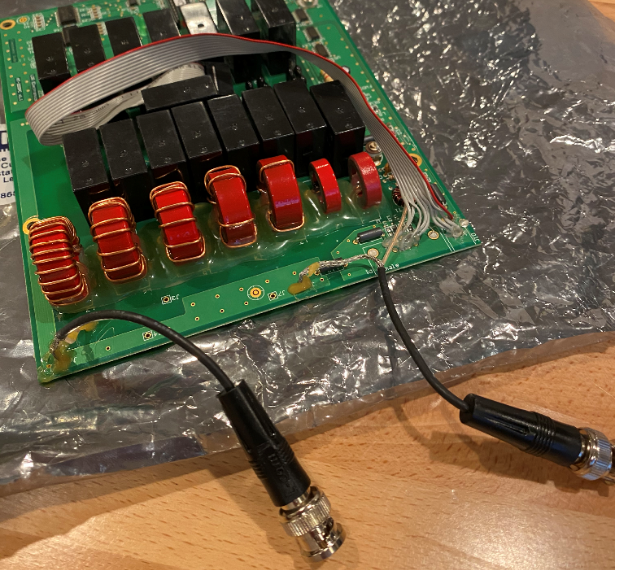 Also, the board layout appears different than the documentation I could find. I also noted after examining it, there appears to be a broken wire on the ribbon cable near the board. 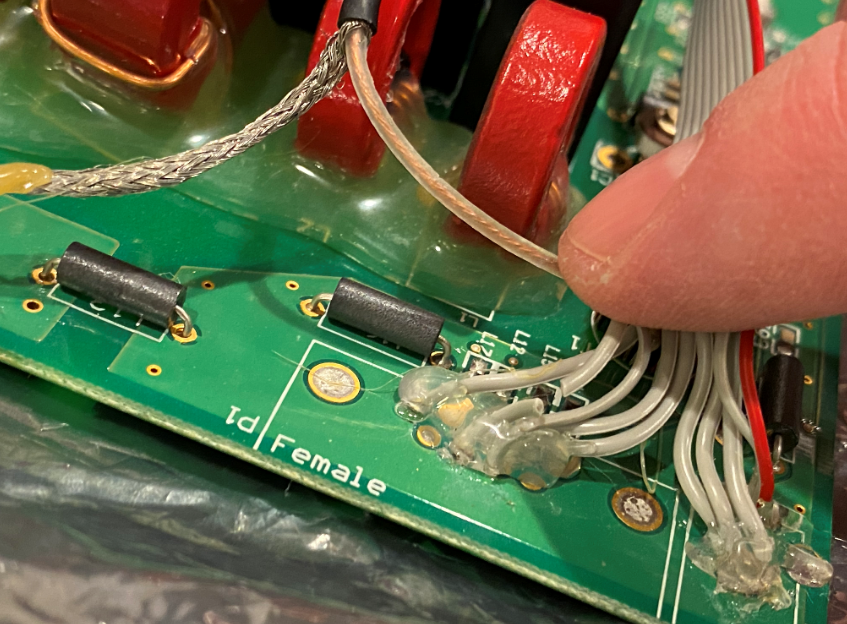 I can't tell if its a break or a cut.  So it could be this simple, or not.. However, it was working when I first got the radio, I just don’t know why it was not after I put it back in. So again, I took it out to be able to sell the radio itself. And its offered here in case it can be of use to someone.

Comes with all the mounting hardware, mounting plate etc. as shown below. 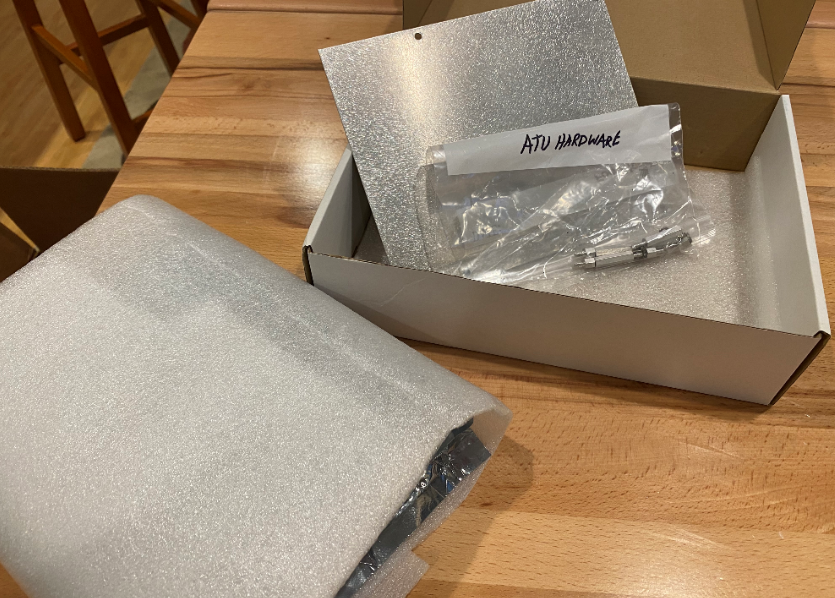 Flex-5000A RFIO board, latest version that is not susceptible to antenna static. Early on I lost receive on my original flex. It was attributed to antenna static toasting something. Flex figured out that the needed more drain / surge protection on the antenna connectors and repaired it.

As time went on, one of these RFIO boards, latest version came up for sale. I picked it up as a spare. Well I never needed it, as I never had a failure after that. So, since I'm sending the Flex-5000s to a new home, I don’t need this spare RFIO board.

Contact me via my callsign ARRL email address (.net) Then we can set something up that is more convenient for communication.

PayPal, Venmo, etc. Pay extra 3% of PayPal if not Friends and Family.

Shipping of the radios is around $50 to $60 USPS or UPS based on zip code.  More if you want them insured.

Radios are in working order. No returns. If you don’t know how to set them up, install PCI express firewire card, etc. You are on your own.

Make reasonable offers on all.

More pictures / info available on request, I had more to post here but it appears I'm at the size/character limit of this post.