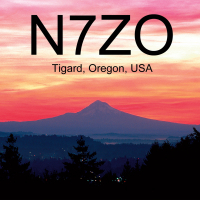 Hello all,  I am considering the purchase of a Flex-6700.  Now that you have DAX-IQ, is it possible to run a pair of coherent two meter (144 MHz) slices, each connected to their own antenna (one vertical and one horizontal polarity), and output both their IQ channels to a program like MAP65 to achieve adaptive polarity reception?  Easy choice of either of the two antennas for transmit would be a bonus.    73,Bob, N7ZO