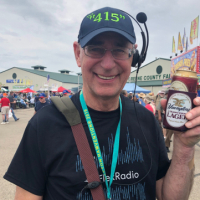 Gary W9GD Member ✭✭
November 2019 edited January 2020 in FLEX-6000 Signature Series
I purchase a Q5 transverter 2 meter 150 watt version. I used the recommendation of Mike and it came configured  as described.  No issues with PTT or anything. In fact i had on the air after 20 minutes. Got great reports on signal strength but everyone i usually talk to on simplex said i needed to work on my EQ to get it sound as good as my yaesu. In any case I left on a biz trip and returned to use it again and play with the EQ.  Since i felt confident I set my max power  Dbm to 15 and had it set to 12 previously. .  Smart SDR did crash so then i used the radio directly 6400M. The PTT is working and the transmit light comes on. Just a carrier on the Panadapter. Reset SmartSDR and still no FM.  I did start fiddling with many settings and walked away after a few hrs. Jet lag frustration. I love this radio and wanted the benefits of 2 meter in it and expand my power and get my feet wet with a high quality transverter. I don't believe the Q5 went bad as it worked fine a few days previous.  The Q5 is still working in RX fine.  I apologize up front if this is not enough detail, so ask and suggest what i should do next.