Hi all. I'm looking for some help to resolve a very strange problem. I've had a 6400 for a few months now and have been very pleased with the performance and enjoyed learning all the Flex will do. Yesterday, I finished moving the radio to its permanent location in my basement workshop. I've been using SmartSDR for Mac since setting it up originally next an iMac. I'll still be using the iMac when operation from upstairs but in the basement I have just setup SmartSDR for Windows on a Win10 desktop I built a number of years ago.

This is where it get a bit strange. I connect to the 6400 using the Win10 machine and even though my remote LDG tuner matches the antenna well and is giving a good swr, there are no signals on the panadapter. I tune down to the CW part of 20m, change mode to CW, and signals pop up all across the band - not only the CW signals, but SSB signals further up the band.

Assuming it was something in SmartSDR setup on the Win10 machine, I connected using the iMac upstairs which was previously working fine and got exactly the same behavior - signals look great when the mode is set to CW, but disappear when set to SSB or any other mode other than CW. The behavior is the same on all bands on both computers.

I tried setting the RF Gain at different levels and found that when set on 16db or 24db, the stronger signals start to appear.

Below are two screenshots, one with mode at CW and one at SSB. The change between taking the two shots was changing the mode. 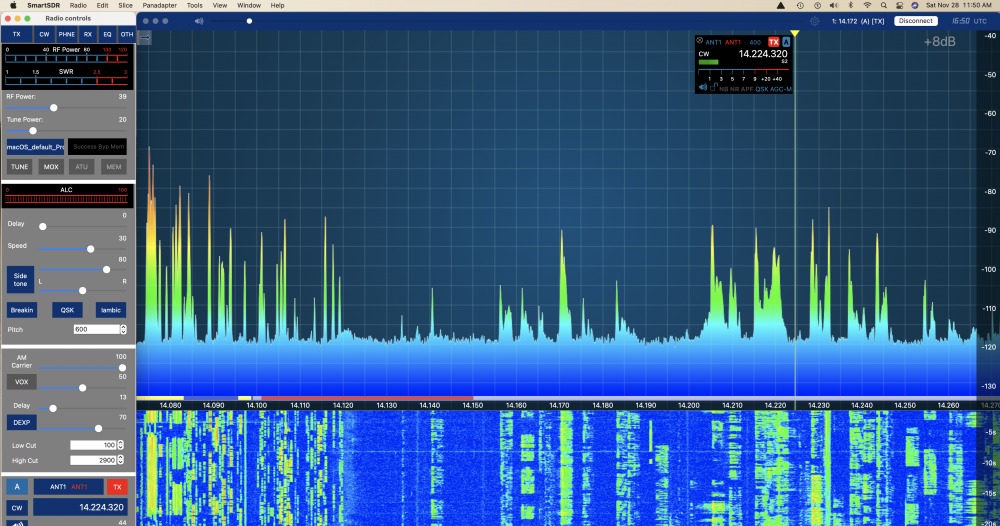 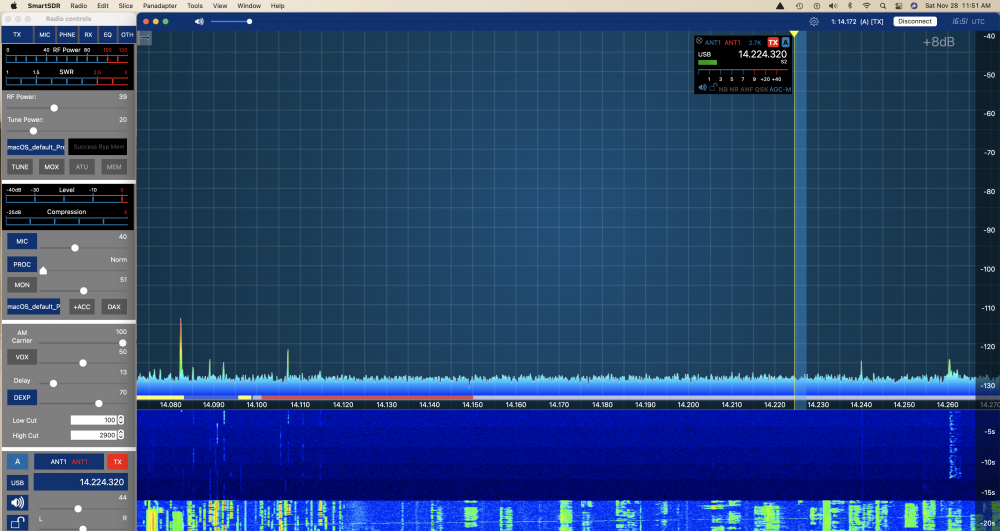 Any help will be greatly appreciated.