What power supply do you recommend for SO2R operations 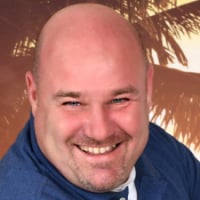 Martin Bérubé Member ✭✭
August 2020 in Contesting
I have participated in the WW DIGI contest last weekend. That was my first SO2R operations ever. I was using a Flex 6600. Evertthing went well but, at the end of the contest, my power supply decided to show some disagrements after a day of near continus tramsmission.

So here is my question to experienced Flex SO2R operators. What kind of power supply do you use or recommant for your radio.