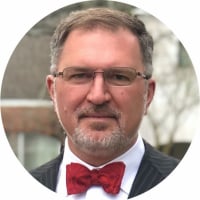 K5BGP Member ✭✭
February 2020 edited May 2020 in FLEX-6000 Signature Series
Hello everyone,Today I started a new journey -- I ordered a FLEX-6400 and am joining the Flex family. I'm a Mac/iOS user and have been eyeing the Flex radios for quite sometime. The SDR features are greatly appealing to me. For eight years, I've been using a Kenwood TS-590S which is a great radio, but lacks the state-of-the-art features that I really want in a truly computer-controlled radio. I've been very impressed so far with the pre-sales support that I received from Michael Walker (VA3MW), and from what I can see from the Flex community, it's a supportive group of folks who are eager to advance the ham radio hobby.

My radio is two weeks out (approximately), but I wanted to say hello now, and expect to be a regular contributor to this forum.