bahillen Member ✭✭
November 2018 edited May 2019 in SmartSDR for Windows
When running FT8 transmits pops/**** noise when. My radio is a Flex-6600 running SmartSDR 2.4.9, WSJT-X, 100watts. Power Supply is 50 amp Astron (non-switching) Some times 2 or 3 in a 15 second transmission. It is not predictable just when. It seems to be affecting the decoding by the person I am QSOing with. He misses decodes when I am -10 db for example.My computer is a Dell 3668 I7-7700 and SSD drive, plenty of CPU and DRAM. Cat 5 eithernet cables from comcast modem/router.

I am attaching a screen shot I just made and you can see the horizontal spikes on the waterfall as well as hearing it in the MONITOR headphone. I am using the tune button on wsjt-x. It is much more pronounced when in a QSO probably because of wider bandwidth. Also used Flex Tune button. first picture,

Looking for ideas or things to check to further define problem. 2 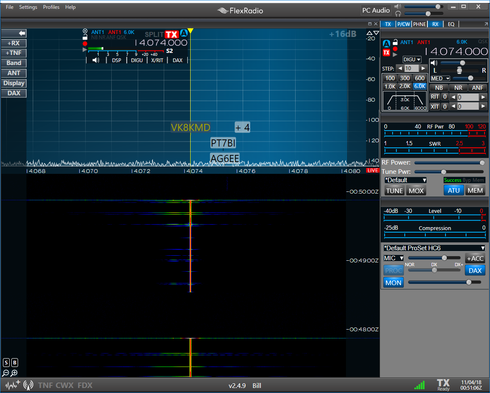 pictures attached. Look at the black waterfall segment. The first screenshot is into a dummy load with 100 watts and 0 watts. Keyed with Tune button. Not a bright on 0 watts but there as you can see in first pic. Second screen shot I took first into antenna, 100 watts wsjt-x keyed. This is not new just seeing more missed calls as operating much more FT8. When operating it is not as consistent or repetative as as shown in the pictures. 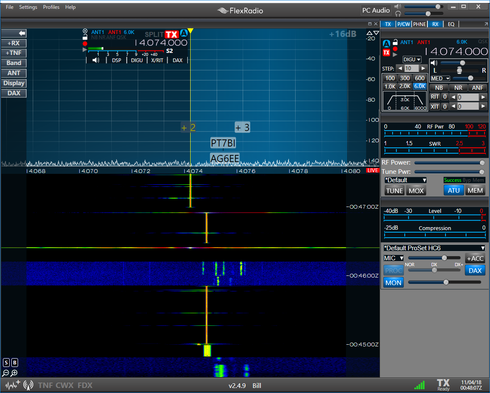 I just add a third screen shot that is a better picture just above 73s.
73
Bill W9JJB 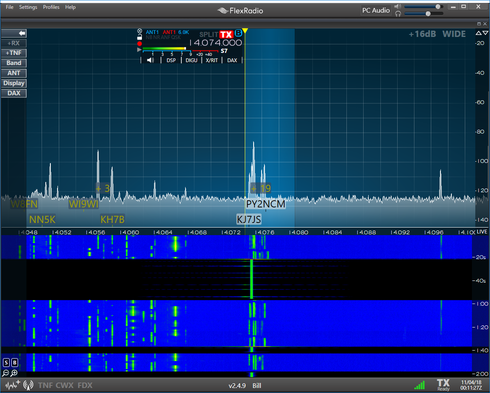