KT0AM - Mark Member ✭✭
November 2015 edited May 2020 in SmartSDR for Windows
I've been working with these version of FLDIGI, SDRCat, SDR and Windows 10 in every conceivable combination of COM ports available but can't seem to find the right combination of parameters to make FLDIGI accept rig control from SDR.  I've included a screenshot that contains many of the pertinent parameters but I suspect the problem is between Windows 10 and FLDIGI. If any of you have had a similar issue, any tips, tricks or other suggestions will be welcome.

Thanks in advance and have a peaceful Thanksgiving! 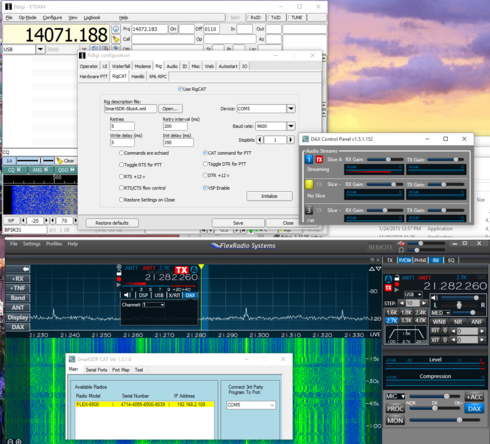