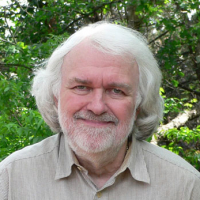 Ron Parsons Member ✭✭
September 2015 edited October 2017 in FLEX-6000 Signature Series
If I understand the User Guide section "28.3.2 FLEX-6300 and FLEX-6500 Full Duplex" correctly, it says that FDX will be enabled ONLY if the receive port is XVTR in receive-only mode.

My current mode of operation (pre-1.5) is to use the XVTR port as the transmit port and ANT2 as the receive port to the transverters. This allows "semi-full-duplex" (receive audio muted but the waterfall on receive is active).

If I use 1.5 in this mode, I can enable FDX but the receive audio is muted as before.

If the first paragraph above is correct, then I will have to limit (in satellite mode) the power output to ANTx to the maximum transverter TX IF input level, in my case +5dBm. And use the XVTR port as the receive port.

Am I undertanding FDX for the 6300 correctly?