On Friday, before the CQ WW SSB Contest, I had the great pleasure of assisting Dennis N6KI, **** K6NAL, and Howard KY6LA, in setting up a receiver shootout at the NX6T Contest Club Superstation between 4 current state of the art transceivers:

All rigs were fed by switch from the same antenna, and all rigs had their audio fed to a line level mixer, which fed a headphone amplifier system.

All 4 rigs are highly regarded, and have a variety of approaches,

a) electronically, for the task of receiving HF signals,

b) ergonomically, for accessing their deep feature sets.

While we were setting up, a major solar flare wiped out the HF bands, but they seemed to come back fairly quickly.

The contest had begun, giving us lots of signals and QRM, so we began listening tests on 20 & 40 meters.
Very weak stations were located in the vicinity of very strong adjacent signals.

First test:
Dennis adjusted the K3 for optimum reception of the target signal, then Howard adjusted the 6700 to receive the same signal. These adjustments consisted of RF and audio levels, AGC settings, passband filters (crystal and DSP/bandwidth), notch filtering, etc. DSP Noise Reduction was not used or evaluated at this time.

At this time, I felt that I heard the signal on the K3 very slightly clearer than on the 6700 during maximum QSB and QRM. If I was adjusting the radios myself to my hearing/preferences, such difference may have been minimized, as I think it would be if Dennis himself was adjusting both receivers at once.

Further listening was done with the KX3, and 7800.

All these fine radios seem to be doing an excellent job, with no one clearly beating out the others for pulling the weak ones out of the QRM, although we are not specifically testing NR or DSP yet.

Howard mentioned hearing 'phase noise' in the K3 audio. The K3 did sound a little 'brighter' in terms of audio frequency, but I attribute this to filter settings/characteristics, which are excited by the band noise impinging upon it.

My understanding of phase noise as pertaining to local oscillators in HF receiver circuitry, would lead me to believe that one would not directly 'hear' phase noise, but would hear the result of such phase noise as an ambiguity in signals perceived near the noise floor of the receiver. Since the signals we were receiving, and the band noise itself, were well above the system noise floor of the receiver, I do not believe that the intrinsic phase noise specifications of these radios would have created a perceptual difference in the target signal intelligibility. I would appreciate further discourse with Howard in this regard, to better learn from his obvious expertise in this area.

The biggest relevant factor to these tests, IMHO, would be the dynamic IMD caused by intermixing of strong near-in signals to the target signal. IMD manifests as a complex non-harmonic distortion of signals, which creates difficulty in psychoacoustic perception of the desired audio information.

The Sherwood receiver tests indicate that the 3rd order dynamic range, narrow spaced, is led by the 6700, with the KX3, and K3 quickly following, so I would think that there should be little perceptual difference between them. The 7800 is substantially down the list here, so might be more susceptible than the others to this issue.

I was not able to participate in Saturday's test, and do hope to hear more about that.

Now, regarding "contestability" of the K3 vs the 6700: this is, of course, Dennis' area of expertise. Even if the radios perform equally, he appears to feel that the ergonomics of a full 'black box' SDR transceiver are not yet workable for serious contesting, and that may be true.

The K3 seems to be the most popular radio for contesting, for many good reasons.

Is it perfect? Is anything?!

All radios, no matter how good they are, need to have an operator develop a serious rapport with the system controls for effective utilization.

I do believe that the 6700 has superlative specs, and amazing possibilities for feature access and control. I see that SDRs are the future, and the future is almost here. An ergonomic setup with appropriate physical controls, use of macros, and proper operator training, should allow the flexibility of an advanced SDR to enhance a fixed contest situation. The need for a large amount of display real estate may hamper it's feasibility for portable and DXPedition use.

With all the features and computational horsepower in these modern transceivers, comes more responsibility, as one can easily shoot oneself in the foot with so much complexity. I have seen it happen with large scale digital film dubbing consoles of 128 to 256 channels, where huge feature complexity vs communication of parameter status (or lack thereof) contributed to major operator meltdown! And let's not even factor in the inevitable software glitches.

So, there may not be one ultimate radio to please every operator's needs and desires, but there are certainly a variety of excellent products available, so that an operator should be able to find something very close to his 'dream' radio. Also, 3 of the 4 radios we heard are all-American designed and manufactured! Go USA!

I hope this information is helpful. If not, at least enjoy the pictures! 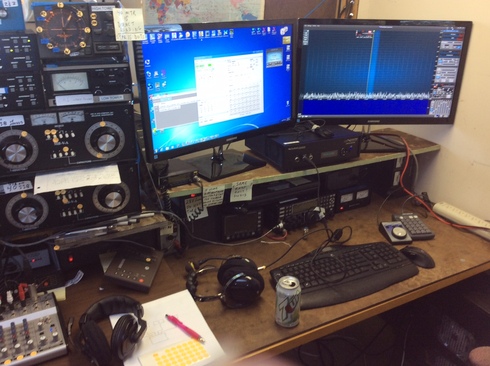 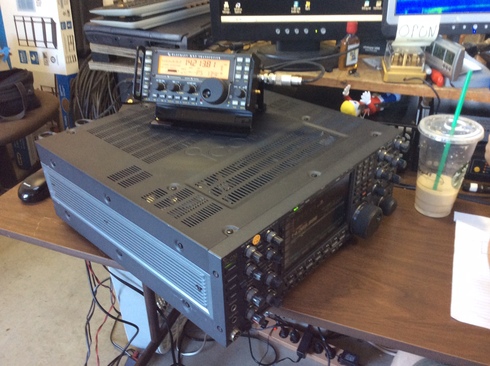 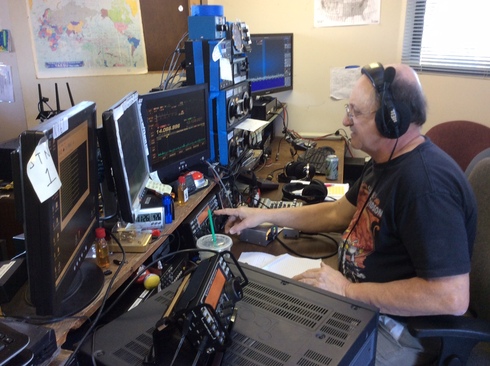 Howard, Dennis and **** evaluating the signals. 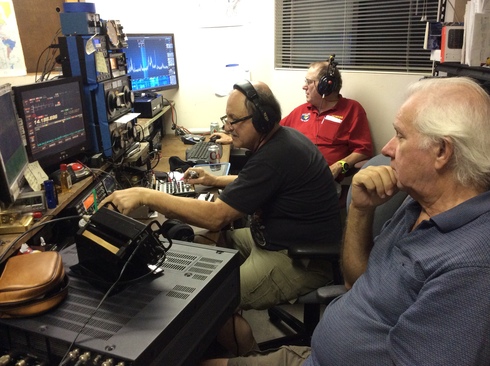 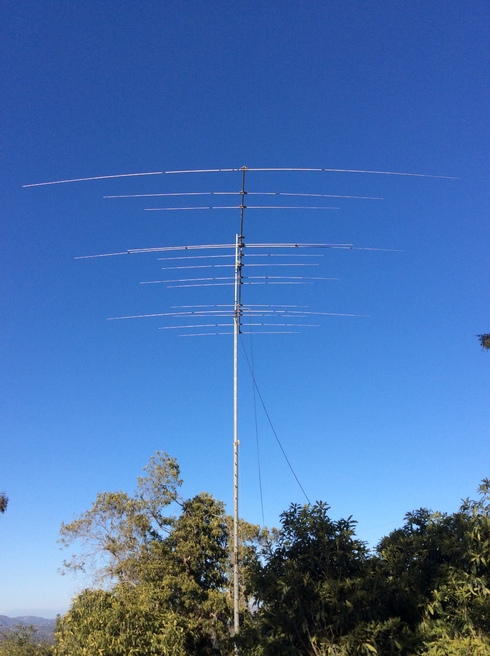 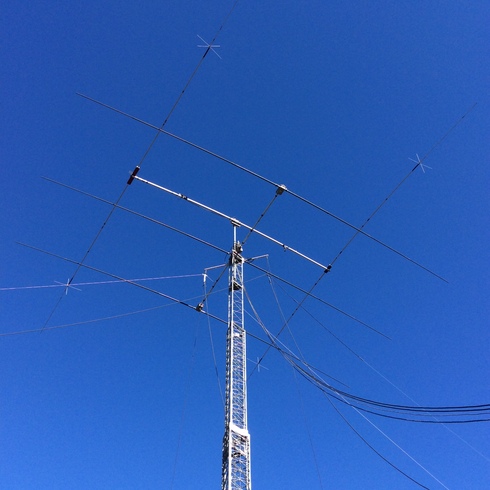 Hope you did well in the contest!

See you in the Sweepstakes!