HAVE A VEW QUESTIONS ABOUT MY FLEX-6600M, PR40 MIC AND USE OF THE PRESONUS TUBEPRE V2 MIC PREAMP. 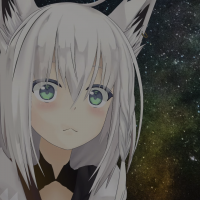 Julie KC0TMD Member ✭✭
May 2020 edited June 2020 in Third-Party Software
Hello, I have a FLEX-6600M. I just picked up a new PreSonus TubePre V2 Single-Channel Tube Preamplifier/DI Box from Guitar Center today. I got it home with and it hooked it up, and nothing is working and it won't even drive to the VU Meter in the V2 Mic Pre Amp VU. I notice that when I remove the PreSonus TubePre V2 Single-Channel Tube Preamplifier/DI from between the my Mic, Flex-6600M and PALSTAR LA-1K AMP, eveything is working as it should with+20db in the radio setup and Bias off.After getting confused and putting the mic in the output and the Radio in the Input. I then had to find the correct cables that I did have on hand. I finely was able to get the Mic in to the Input and the Radio to the output of the Mic Pre Amp.According to the user manual of the PreSonus TubePre V2 Single-Channel Tube Preamplifier/DI, the first thing is to hook your balanced mic up to the Mic input and adjust the Drive. Set the input level on your audio interface or mixer, using the recommended level-setting procedure for that device.Speak into the microphone while monitoring the TubePre V2 (again, following the monitoring instructions for your audio interface or mixer), and turn the Drive knob clockwise until the desired effect  is is achieved.Speak into the microphone while watching the VU meter on the front panel and slowly turning the TubePre V2 Gain knob clockwise.The entire user manual can be found at, https://pae-web.presonusmusic.com/downloads/products/pdf/TubePreV2_OwnersManual_EN1.pdfI notice that if I keep the drive down to 0, and toy around with the Mic Gain, I can get my LA-1K Amp to have spikes from 150 to 300 watts for a few sec, but no SSB carrier. I notice to even get it to the spikes I have to set select the the BIAS and the +20 DB.I don't get this, but I seen photos of Flax Radios users with that same Mic Pre Amp. What I not doing or failing to do! Once again with the  PreSonus TubePre V2 Single-Channel Tube Preamplifier/DI removed, my PR40, FLEX-6600M and PALSTAR LA-1K works with no issues. Any Help would be greatly appreciated in this matter.My Phone Number is 636-578-1990. Thank You,Julie K0CTMD.
1