Spurious RF Spikes on Every Band

Randall Steffens II Member
December 2018 edited June 2020 in FLEX-6000 Signature Series
Hi All, I just got my flex 6300 and I'm having strange spurious RF spikes on every band. I inserted a few pictures below.  Does this look like a power supply problem?  I'm using the MFJ 4230MVP switching power supply.  I don't have ferrites on anything yet, would that help?

I'm using a 60 foot center fed dipole fed with 450 ohm ladder line. And an old MFJ-941C manual tuner because the internal flex autotuner can't handle this antenna.  The birdies get much smaller or even disappear on most bands when I fully “detune” the antenna with the manual tuner.  But when tuned, there are tremendous spikes in every band as shown in the photos below.

One problem may be that I live in an apartment and cannot connect any RF/AC ground to the radio.  The switching power supply is grounded through the AC wall plug, but nothing else so far.

If you'd be so kind, take a look at the screenshots below and let me know your thoughts.  Some bands it's less obvious than below, but this pattern is visible to a greater or lesser degree on every band once that band is tuned. 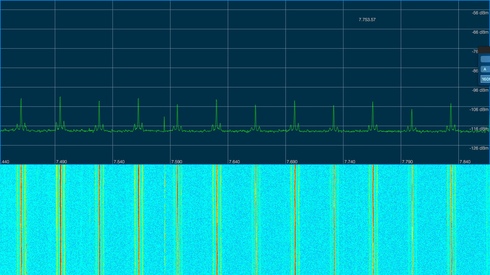 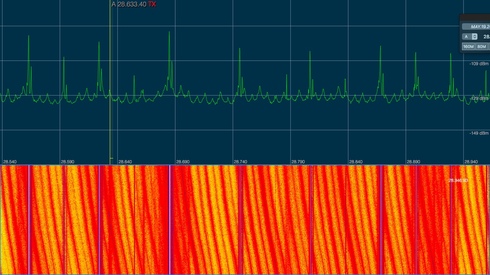